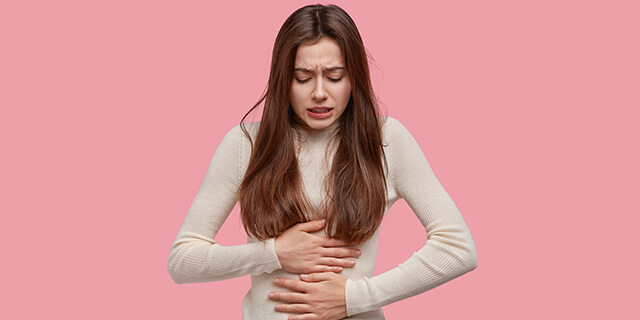 Endometriosis 101 : All You Need to Know

The menstrual cycle is tough enough - from cramping and discomfort to mood swings and PMS, women’s monthly flows can be an ordeal for some.

While cramps and aches are common during that time of the month, severe, crippling pain could be a sign that all is not well - and you might want to get yourself checked for endometriosis.

Endometriosis affects more women than you think - statistics indicate that one in every ten women may suffer from it. And more often than not, women brush it aside as just a case of bad cramps.

If left undiagnosed, it can affect fertility, mental well-being and even up the risk of certain types of cancer.

Endometriosis Meaning: What Is It, Exactly?

What is endometriosis? It is a disorder where the tissue that lines the inside of your uterus (the endometrium) grows on the outside of your uterus. It usually involves the areas of your ovaries, bowel and pelvic region, but sometimes, it can spread beyond the pelvis as well.

During your menstrual cycle, this displaced tissue thickens, breaks down, and bleeds. But, because it is thick and has no way to exit the body during menses, it gets trapped where it is, leading to the formation of blood-filled cysts and adhesions

(these are abnormal bands of fibrous tissue that can cause pelvic tissues and organs to stick to each other). This results in heavy bleeding and causes immense pain.

Endometriosis Causes: Why Does It Happen?

Endometriosis can happen to anyone - and there’s no singular cause. Most medical journals and health organisations including the WHO have thought that it arises due to three possible factors: retrograde menstruation, cellular metaplasia, and stem cells.

Another factor that has been shown to cause the condition is the growth of ectopic endometrial tissue.

Endometriosis Symptoms: What Should You Be Concerned About?

Thousands of women go undiagnosed for endometriosis for years simply because they dismiss it as period pain and pop painkillers. But this could be dangerous. Here are some of the symptoms and signs that you may be suffering from endometriosis:

Endometriosis Stages: How Does It Progress?

Endometriosis has been classified into four stages.

Stage 1 is considered minimal with a few superficial implants.

Stage 2 is known as mild, with deeper implants.

Stage 3 is considered moderate, with many deep implants, small cysts on one or both ovaries, and the presence of filmy adhesions.

And the most chronic, stage 4, is labelled severe, with many deep implants, large cysts on one or both ovaries (also called chocolate cysts because they contain so much blood), and many dense adhesions.

Endometriosis Treatment: What Can You Do?

A common question many women have is can endometriosis be treated, and that too, without surgery.

Unfortunately, there is no complete cure for endometriosis - it can be managed in different ways, with medications and other tools. The most common treatment is painkillers to contain the cramping. In some cases, hormonal treatments are prescribed.

According to the WHO, “Contraceptive steroids, non-steroidal anti-inflammatory medications, and analgesics (painkillers) are common therapies. All must be carefully prescribed and monitored to avoid potentially problematic side effects.

Medical treatments for endometriosis focus on either lowering estrogen or increasing progesterone in order to alter hormonal environments that promote endometriosis. These medical therapies include the combined oral contraceptive pill, progestins, and GnRH-analogues.

However, none of these treatments eradicates the disease, they are associated with side effects, and endometriosis-related symptoms can sometimes - but not always - reappear after therapy discontinuation.”

In the most severe cases, surgeries are performed to cut away patches of endometriosis tissue, and sometimes, even hysterectomies (surgery to remove the womb) is performed.

What Happens If Endometriosis Is Left Untreated?

And another important question that pops up - can you have a baby with endometriosis? The main complication of having endometriosis is its impact on fertility. A majority of women who suffer from endometriosis have difficulty getting pregnant.

For a woman to get pregnant, the egg must be released from the ovary, travel through the fallopian tube, become fertilized by a sperm cell and attach itself to the uterine wall to begin development.

Endometriosis may obstruct the tube and keep the egg and sperm from uniting, since all that tissue is clinging to the wall. It has also been observed that ovarian cancer tends to occur at higher rates among women with endometriosis.

Here’s the thing about endometriosis: if you suffer from it, then inflammatory foods are not to be consumed, or consumed as little as possible. Inflammation is the body’s response to fighting something that is harmful.

Most chronic diseases are thought to be rooted in low-grade inflammation that persists and grows over time; endometriosis is a type of chronic inflammatory condition.

So you want to limit foods that cause inflammation in the body. Here’s what to AVOID on the endometriosis diet:

Here’s what you SHOULD EAT on the endometriosis diet:

If you’d like to know more about an endometriosis treatment diet, you can reach out to us at Nutrition By Lovneet. We offer specialised diet plans that cater to fertility, PCOS and PCOD, and once we understand your bloodwork and other issues related to endometriosis, we can prescribe a plan for better management of your condition.

We can create the right kind of diet for you that can help you on the path to better health, with less dependence on medicine.

The plans at NBL are crafted keeping in mind your preferences, routine and lifestyle, with a focus on local, seasonal ingredients and Indian superfoods.

The aim is to give you no-deprivation nourishment that is aligned to your health goals. Get in touch with us at lb@nutritionbylovneet.com. You can browse our recipe collection here.

It is a disorder where the tissue that lines the inside of your uterus (the endometrium) grows on the outside of your uterus. It usually involves the areas of your ovaries, bowel and pelvic region, but sometimes, it can spread beyond the pelvis as well.

Can women with endometriosis have children?

Women with endometriosis often deal with fertility problems, as the egg does not get completely fertilized, as the excess tissue obstructs the egg and sperm cells from uniting.

What are the symptoms of endometriosis?

Painful periods, heavy bleeding, painful urination and bowel movements during your period; blood in urine, pain during and/or after intercourse, chronic pelvic and lower abdominal pain etc are some of the symptoms.

Is there a cure?

No. There is no cure, only ways to treat and manage the disorder like medication and in some cases, surgery to remove parts of the tissue.

Is there a special diet for endometriosis?

People who suffer from the disorder should stay away from inflammatory foods like dairy, red meat, processed meat, alcohol, caffeine, refined sugar and refined carbs. Include lots of fruits and vegetables, omega 3s, iron-rich foods and antioxidant-rich foods

Related Topic
How To Manage Endometriosis Without Losing Your Mind 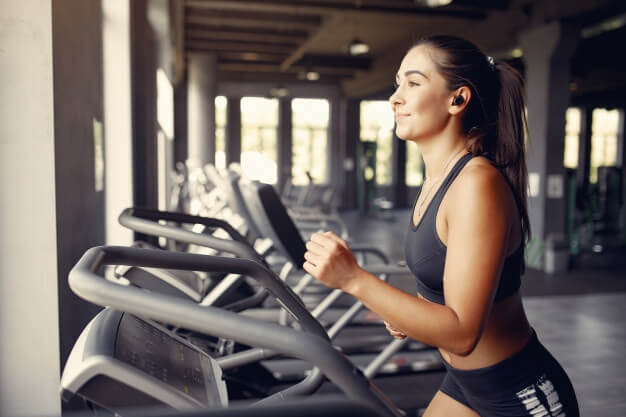 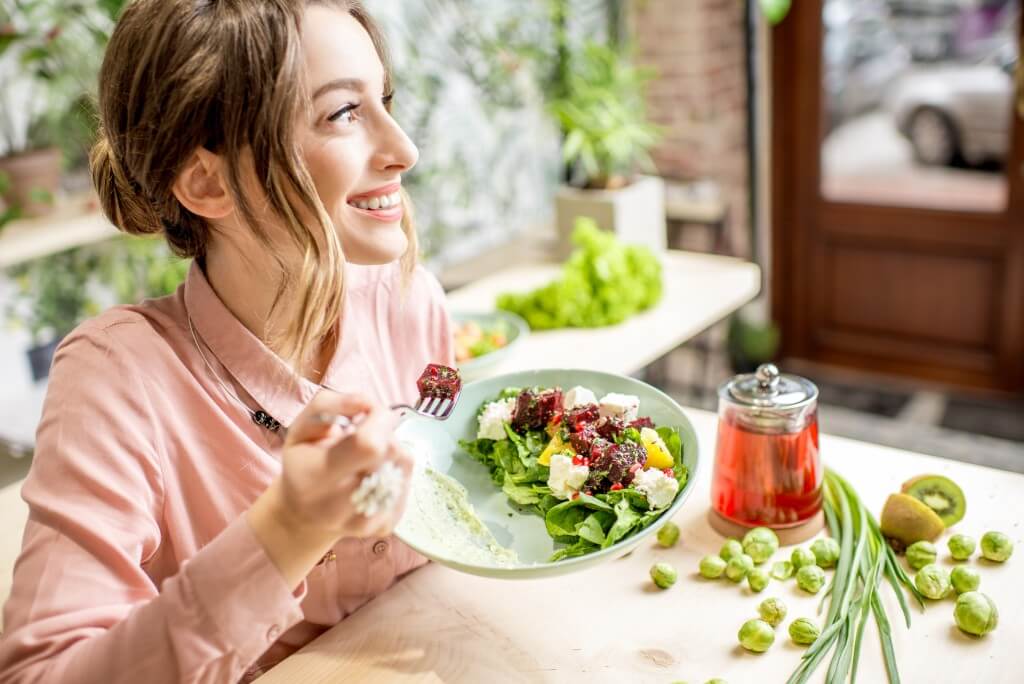 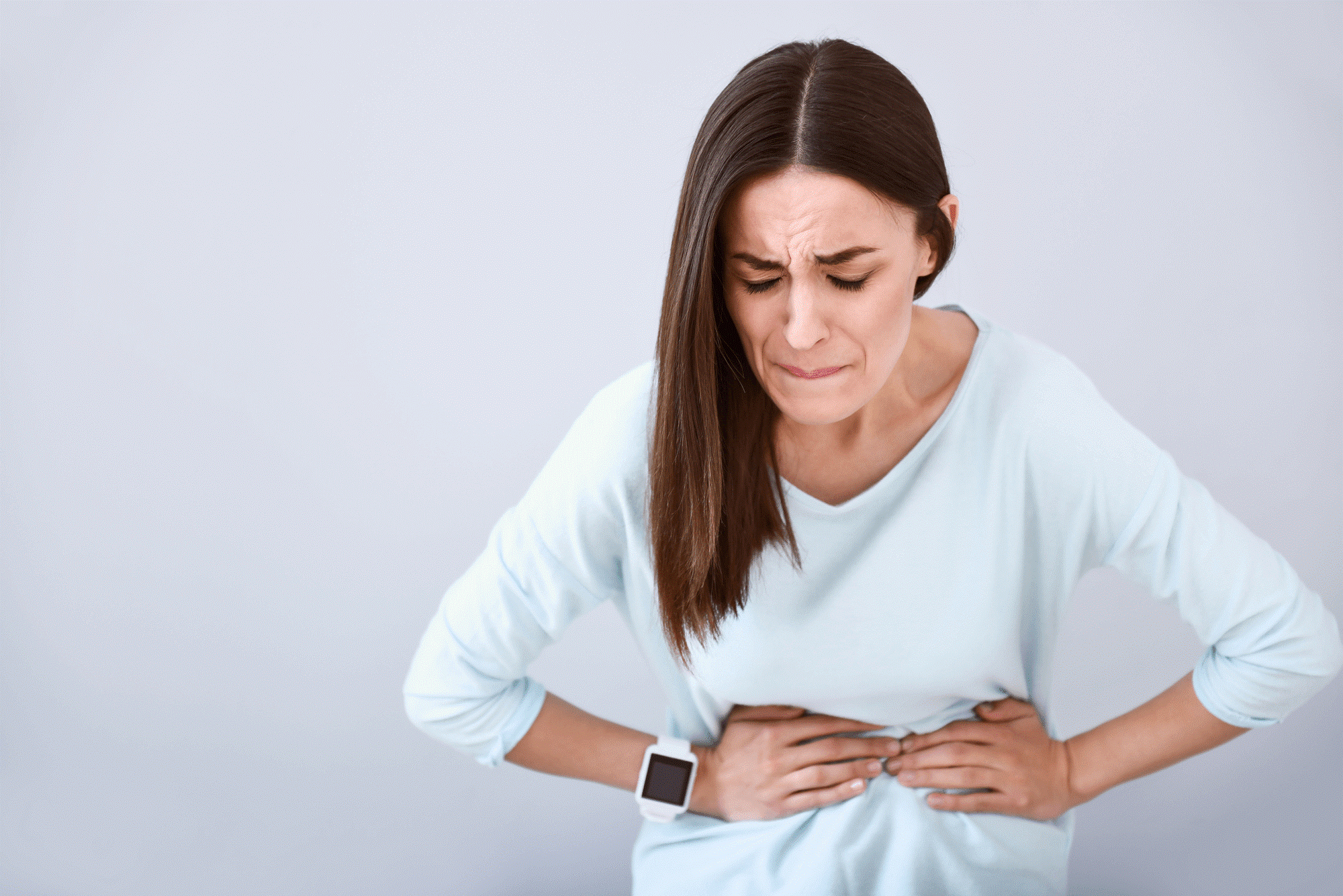 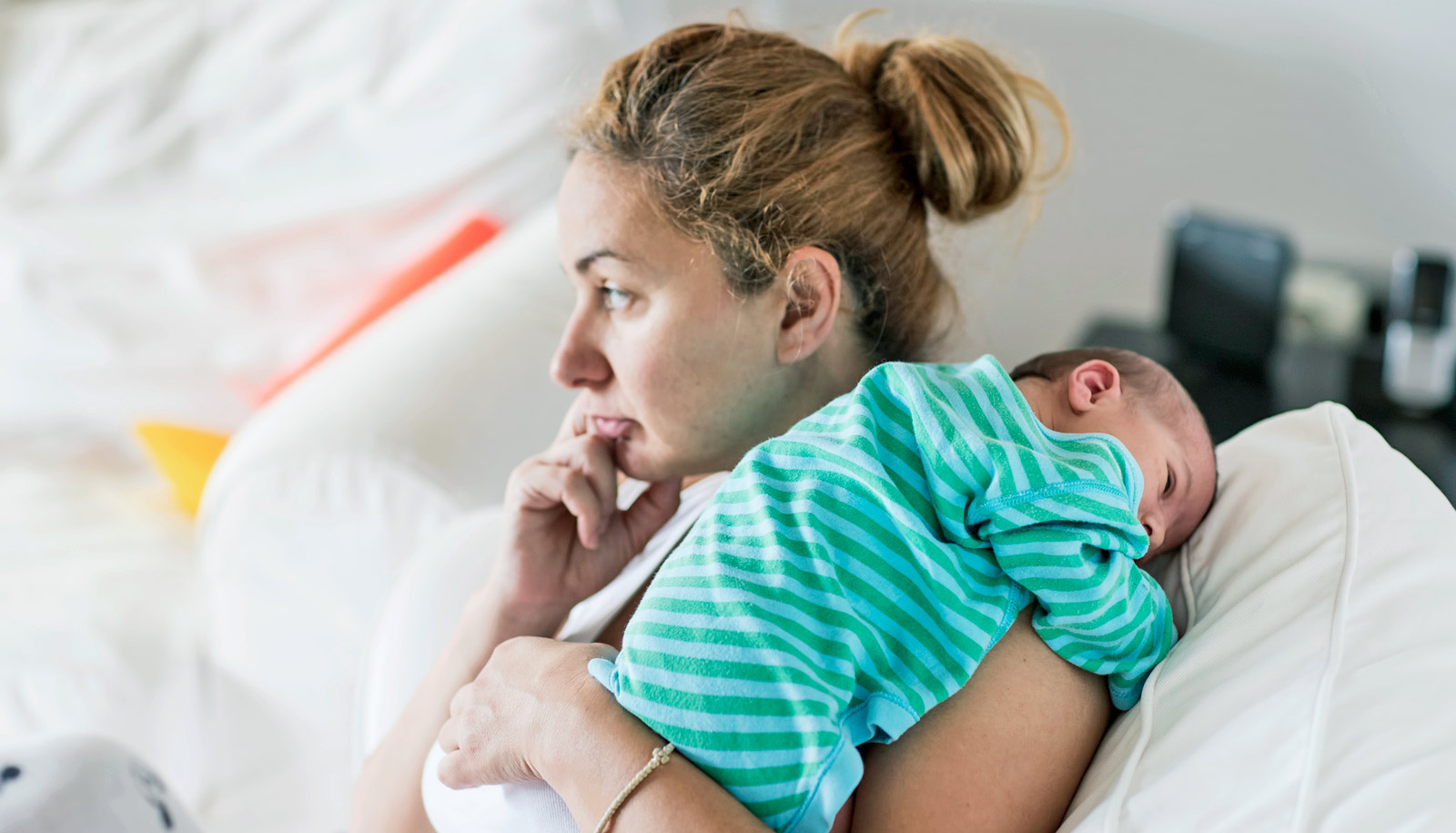 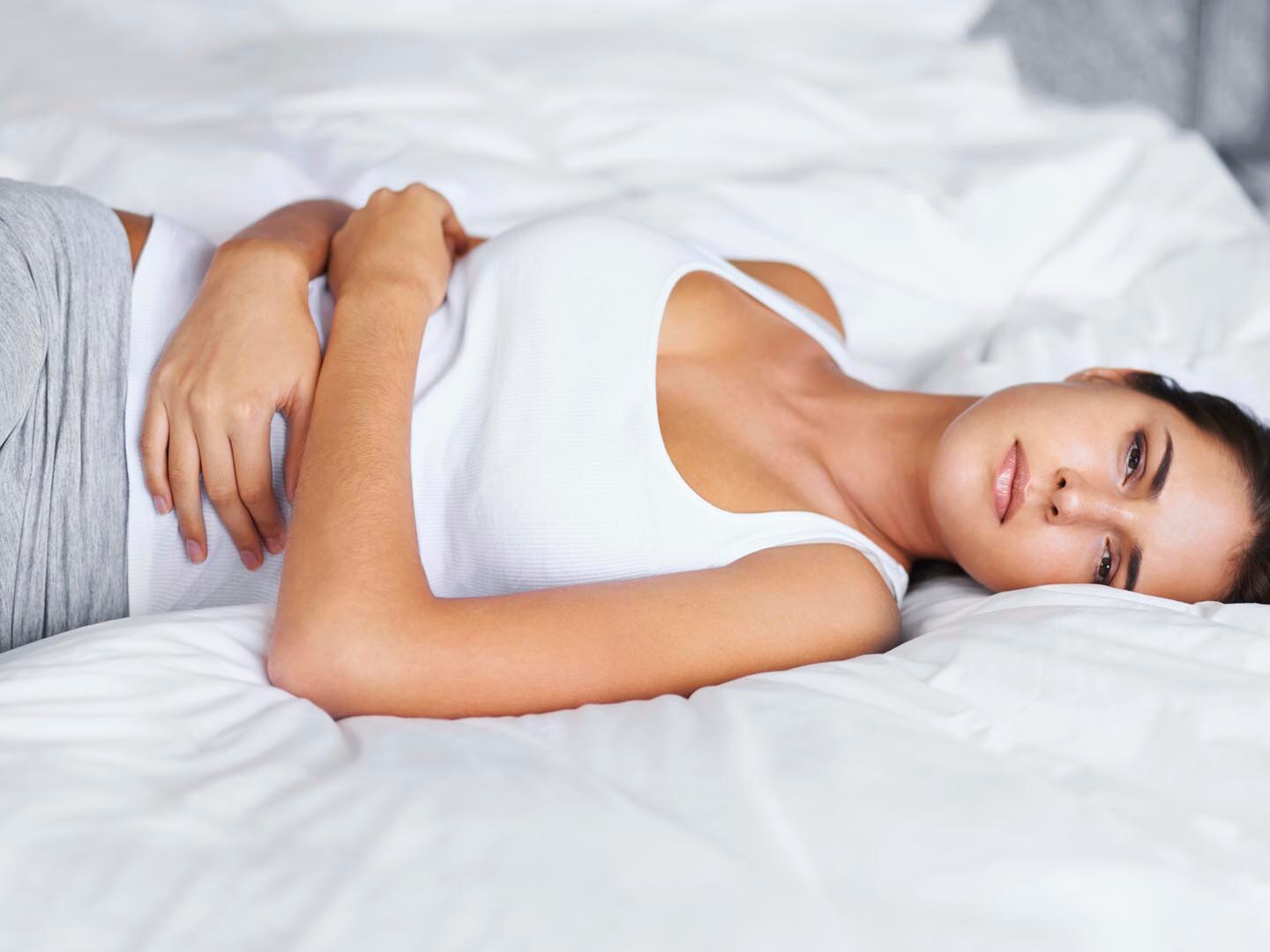 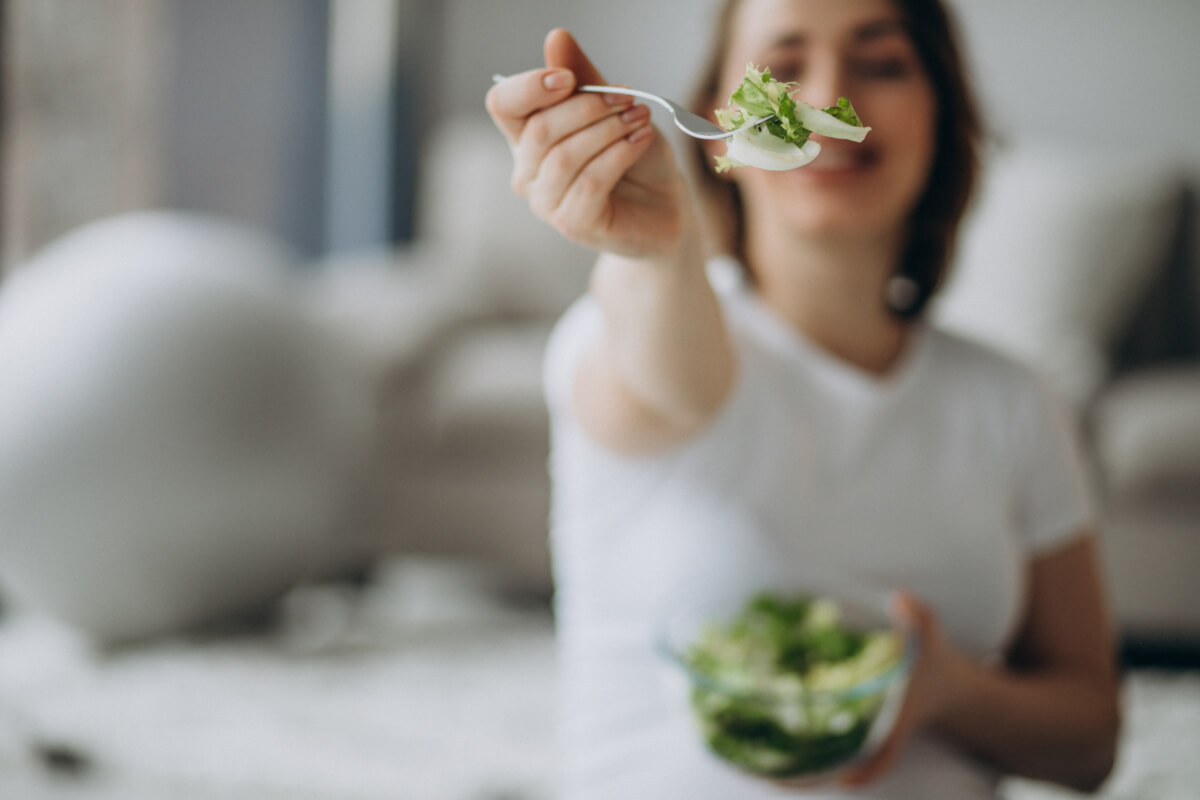 24 May
Women's Health
Superfoods for Supermoms