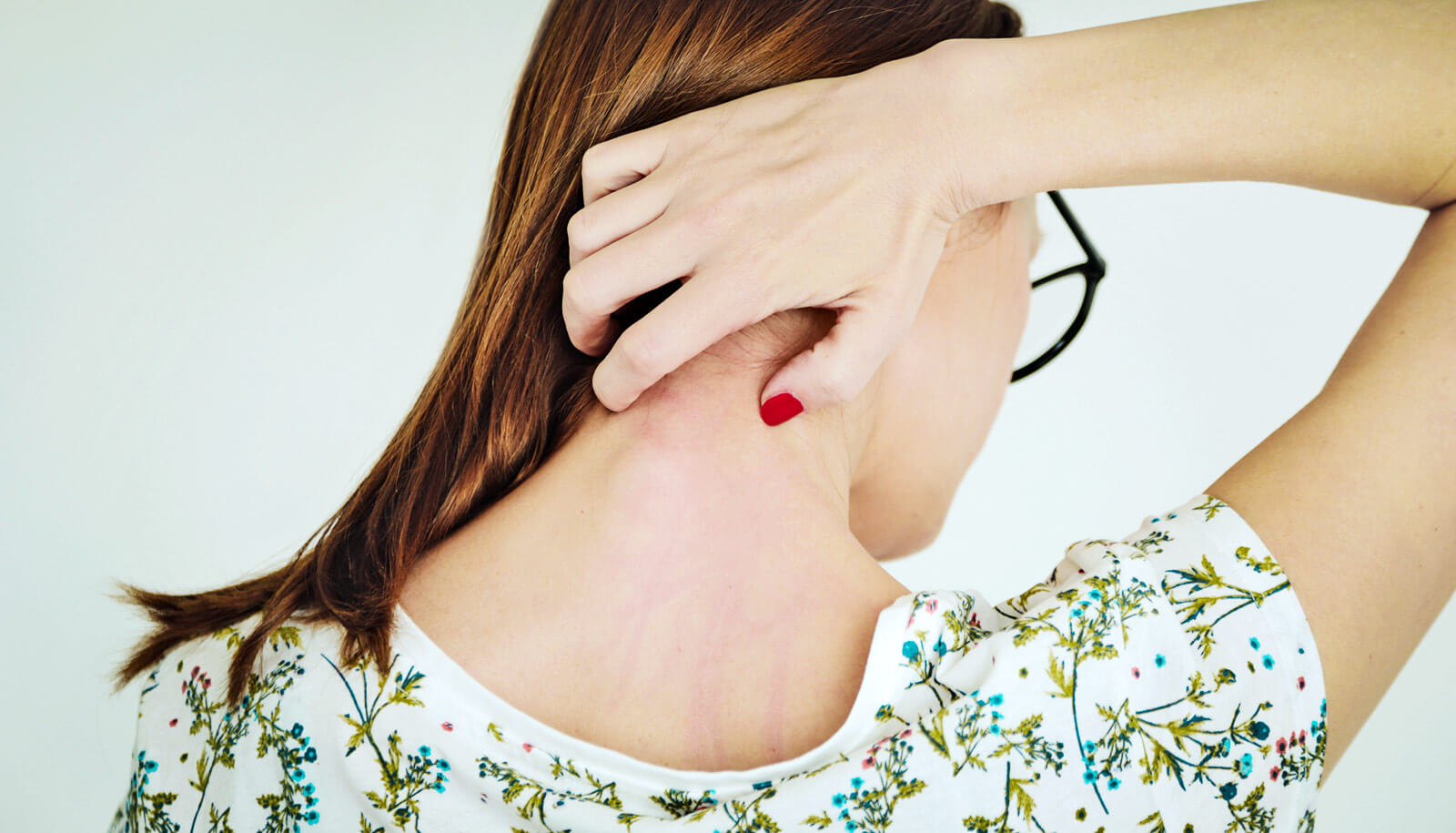 How do I Heal my Psoriasis with Food?

Psoriasis is a non communicable autoimmune skin disorder which causes skin cells to multiply up to 10 times faster than normal. The psoriasis warrior experiences bumpy scaly red patches covered with scales on the skin mostly appearing on the scalp, elbows, knees and lower back.

It is a long term condition and is not curable. However, with the right emollients and lifestyles changes ( read: good nutrition and less stress)  it can be managed.

Let’s look at what causes Psoriasis:

While research has been unable to accurately pinpoint at what causes Psoriasis, it is understood that immune system and genetics play major roles in its development. Usually, something triggers Psoriasis to flare.

The skin cells in people with psoriasis grow at an abnormally fast rate, which causes the buildup of psoriasis lesions. Men and women develop psoriasis at equal rates usually between the ages 15 and 35 as per latest research but it is known to strike at children under 10 and infants as well.

So, if you have a scaly rash that refuses to go away, see a dermatologist immediately. There are no tests as such to diagnose it but your dermat will scrape the rash and observe it under a microscope for telltale signs.

‍There are five types of psoriasis:

‍Plaque Psoriasis - Plaque psoriasis is the most common form and appears as raised, red patches covered with a silverish white buildup of dead skin cells, that often show up on the scalp, knees, elbows and lower back. They are often itchy and painful, and they can crack and bleed.

‍Guttate psoriasis - It appears as small, dot-like lesions in childhood or young adulthood, and can be triggered by a strep infection. This is the second-most common type of psoriasis, after plaque psoriasis.

‍Inverse psoriasis - When you see very red lesions in body folds, such as behind the knee, under the arm or in the groin, you should see your dermat as this may be inverse psoriasis. It may appear smooth and shiny. Most people have another type of psoriasis elsewhere as well on the body at the same time.

‍Pustular psoriasis - Pustular psoriasis can occur on any part of the body, but occurs most often on the hands or feet and is characterized by white blisters of noninfectious pus surrounded by red skin. The pus consists of white blood cells. It is not an infection, nor is it contagious.

‍Erythrodermic psoriasis - This is a particularly severe form of Psoriasis that  causes a widespread, fiery redness over most of the body with  severe itching and pain, and makes the skin come off on the sheets. It is rare and generally appears on people who have unstable plaque psoriasis.

Now that we know the types let’s get to the foods and habits that have been linked to causes a flare up or possibly play a role in the development of this disease:

‍Excessive Alcohol and Red Meat Intake - Excessive intake of alcohol and or red meat causes a lot of inflammation in the body as the leukotrienes compounds occurring in the body are aggravated by the arachidonic acid found in red meat and dairy.

‍Gluten Intake in the form of processed food - People with psoriasis have been found to be gluten sensitive, especially to wheat, rye and barley. If you have a rash that doesn't go away, your doctor will ask you to remove gluten and observe the rash for signs.

If you're a psoriasis patient, you know what to do immediately. Throw out the processed food and all gluten items from your diet to find some relief.

Nightshades produce alkaloids, which adversely affect the intestine and aggravate inflammatory bowel disease (a common comorbidity in psoriasis patients). So, regulate your intake if you’re a healthy person with a history of psoriasis in the family and definitely cut these out if you are a psoriasis patient.

‍Refined Sugar and processed sugar foods - As always, sugar is a silent killer and enhances inflammation at all levels. High sugar intake worsens the gut by inhibiting the gut microbiome balance by nourishing the injurious bacteria  causing them to colonize the intestines and reducing the beneficial bacteria.

This leads to an increase in inflammatory cytokines. Have high fiber and prebiotic veggies to counter this and nourish the beneficial bacteria.

Ok, now that we know what to avoid, lets look at what to have to manage the situation. Psoriasis patients have been found to be deficient in Omega 3, vitamin D, B12, C, and selenium.

‍Omega-3 - Omega-3 is a group of unsaturated fatty acid found primarily in marine oils and algae, and to a lesser extent in plant leaves and some vegetable oils, nuts and seeds.

Eicosapentaenoic acid (EPA) and docosahexaenoic acid (DHA) together with alpha-linolenic acid have been shown to reduce the symptoms of psoriasis effectively.

‍How to have them :

You can either take supplements prescribed by your doctor and include flax seeds, sunflower seeds, chia seeds and walnuts, salmon, mackerel, herring, tuna, snoek, trout, sardines and pilchards in quantities closely monitored by your doctor.

‍Vitamin D - Vitamin D deficiency is often linked to  psoriasis as it impairs the body’s ability to keep the skin healthy. Optimal vitamin D levels strengthen the immune system and internally work to lessen the autoimmune response on the skin that is psoriasis affected.

‍Vitamin D can slow the growth of new cells, so vitamin D oil applied directly to the flare can help thin the affected plaque.

‍How to have it :Supplements and injections prescribed by your doctor definitely provide immediate relief but vitamin D levels have to be maintained at all times so make sure you get enough early morning sunlight.

You can have spinach, mushrooms, nuts and seeds, almond milk, fortified orange juice, soy, rice, almond milks fortified with vitamin D, egg yolks and tuna (if your doctor allows it ).

‍Vitamin B12 - Since vitamin B12 is found naturally in organ meat and dairy, psoriasis patients have to resort to taking supplements prescribed by the doctor as red meat is best avoided in this condition.

‍Vitamin C - Vitamin C serves as a powerful antioxidant, that is known to effectively reduce the action of free radicals providing relief from the psoriatic condition.

‍How to have it : Get vitamin C from the diet via citrus fruits, green leafy vegetables, and berries. It is recommended that you also use a supplement.

‍Selenium - Selenium is an important element with anti-proliferative and immunoregulatory properties that help in the effective management of psoriasis.

‍How to have it : Have broccoli, green peas, spinach, potatoes to get your selenium.

Herbal concoctions made out of aloe vera, mulethi, neem, turmeric and  tea tree oil also help in soothing and managing the condition. If you want to join our Skin Rejuvenation program to deal with your psoriasis.

The Best Diets for Healthy and Glowing Skin 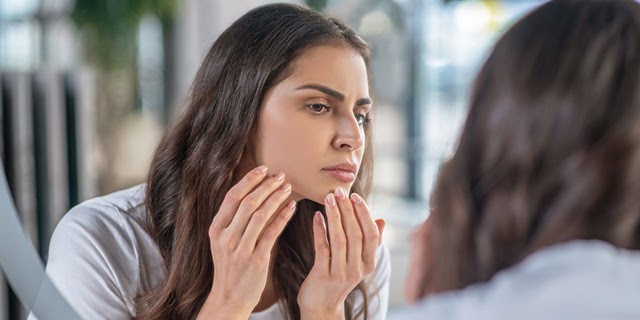 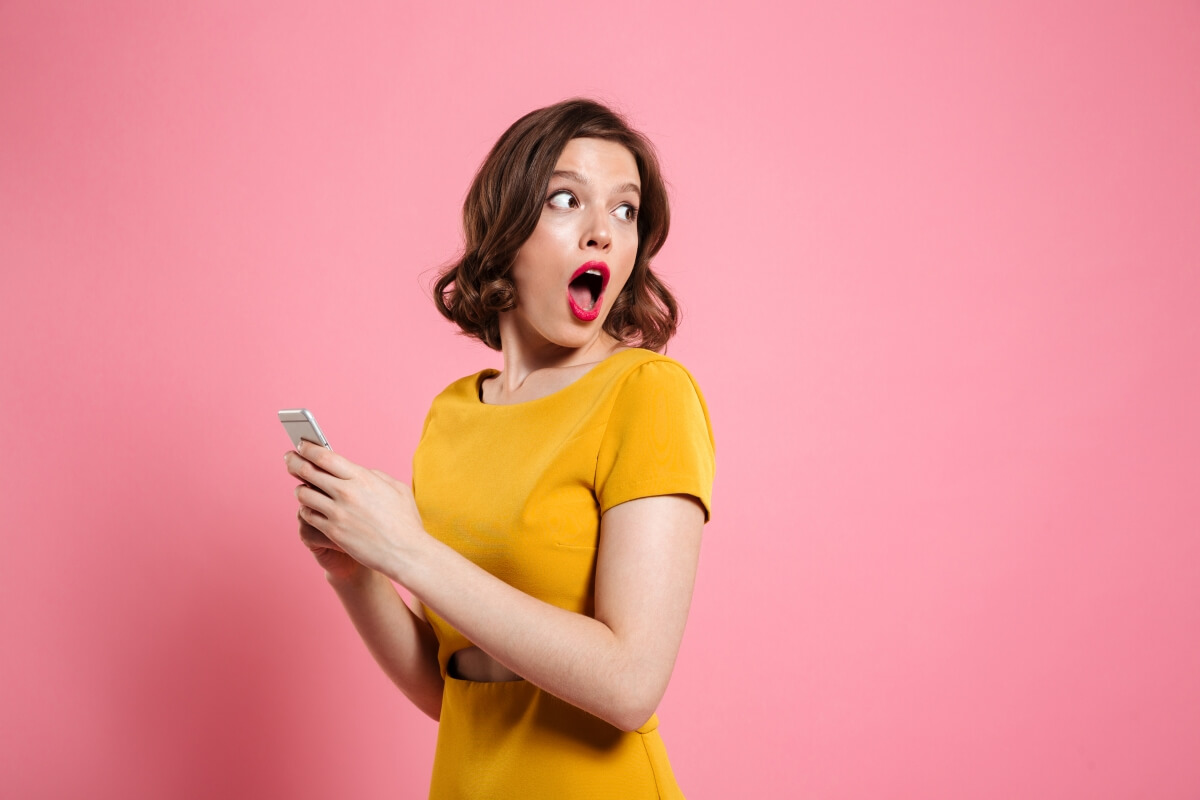 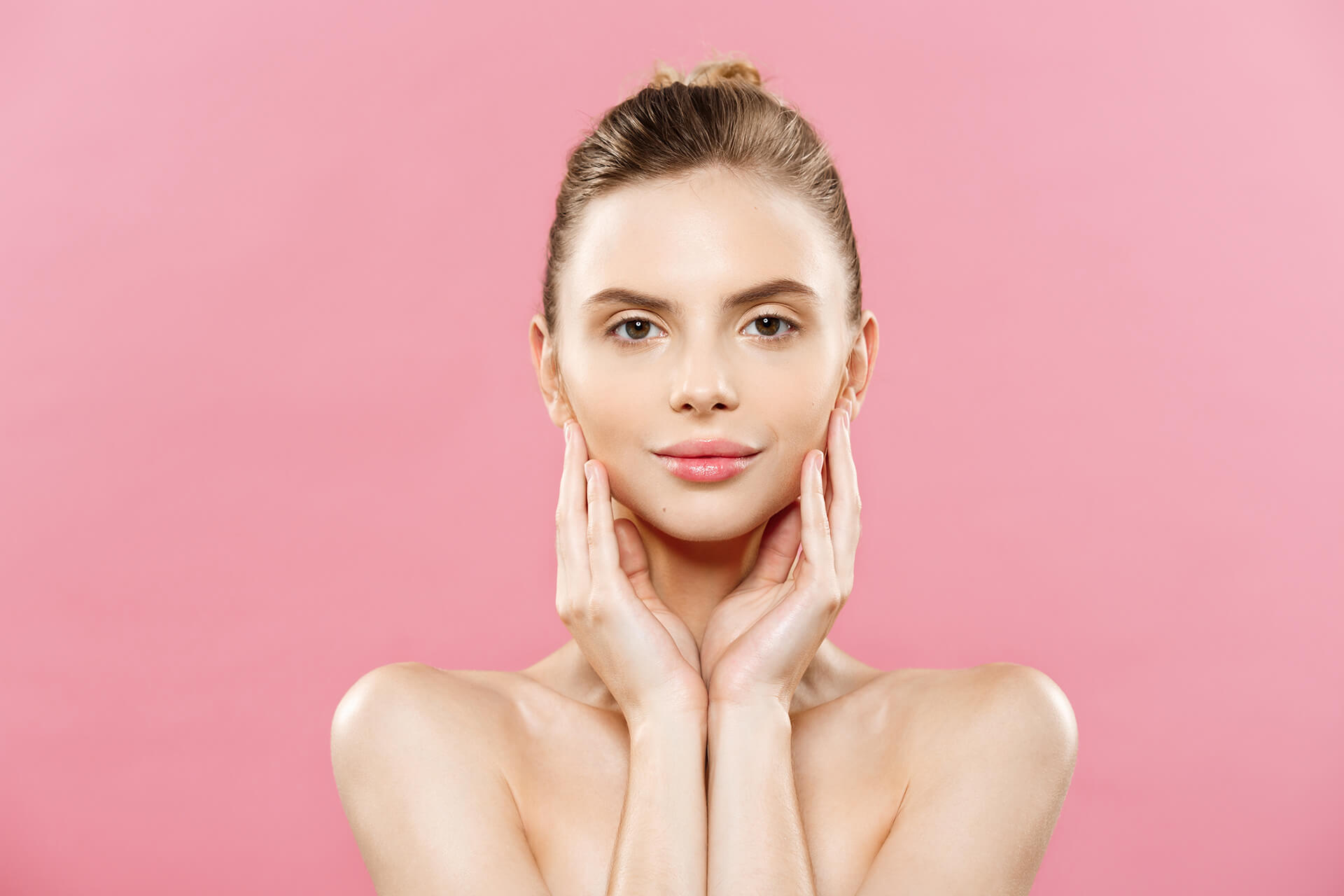 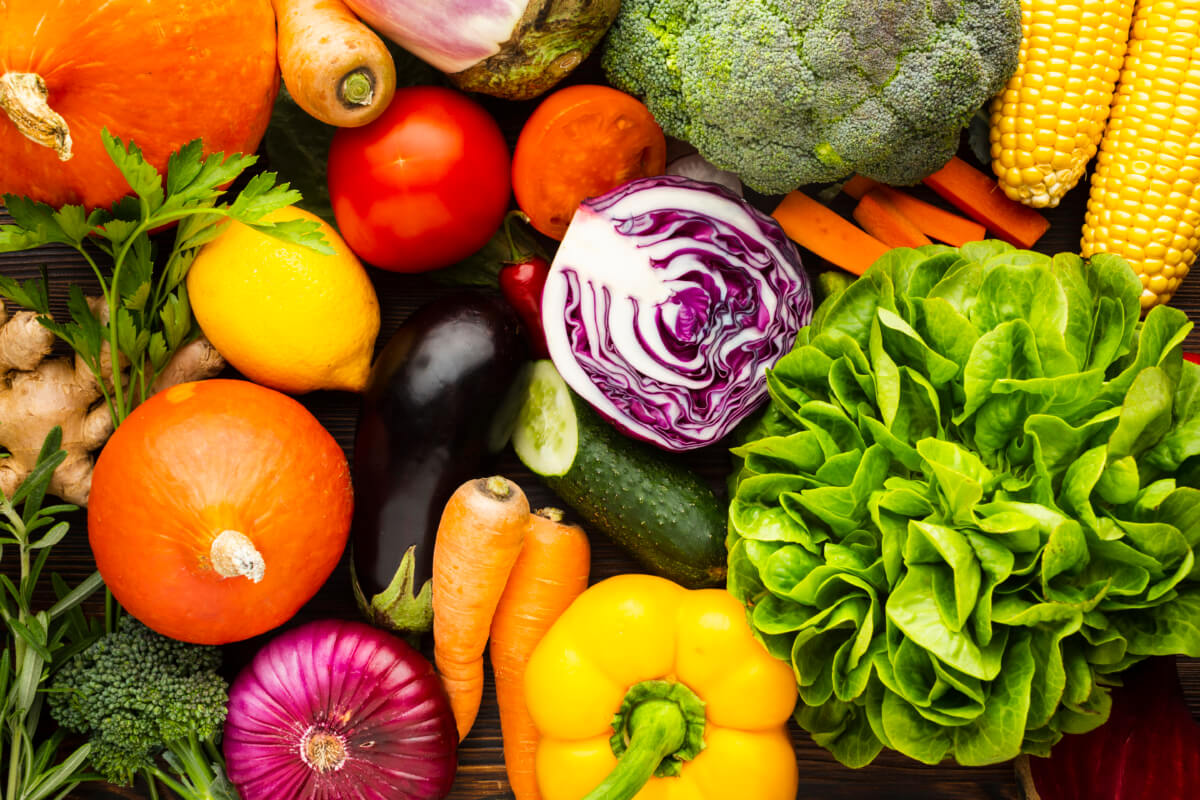 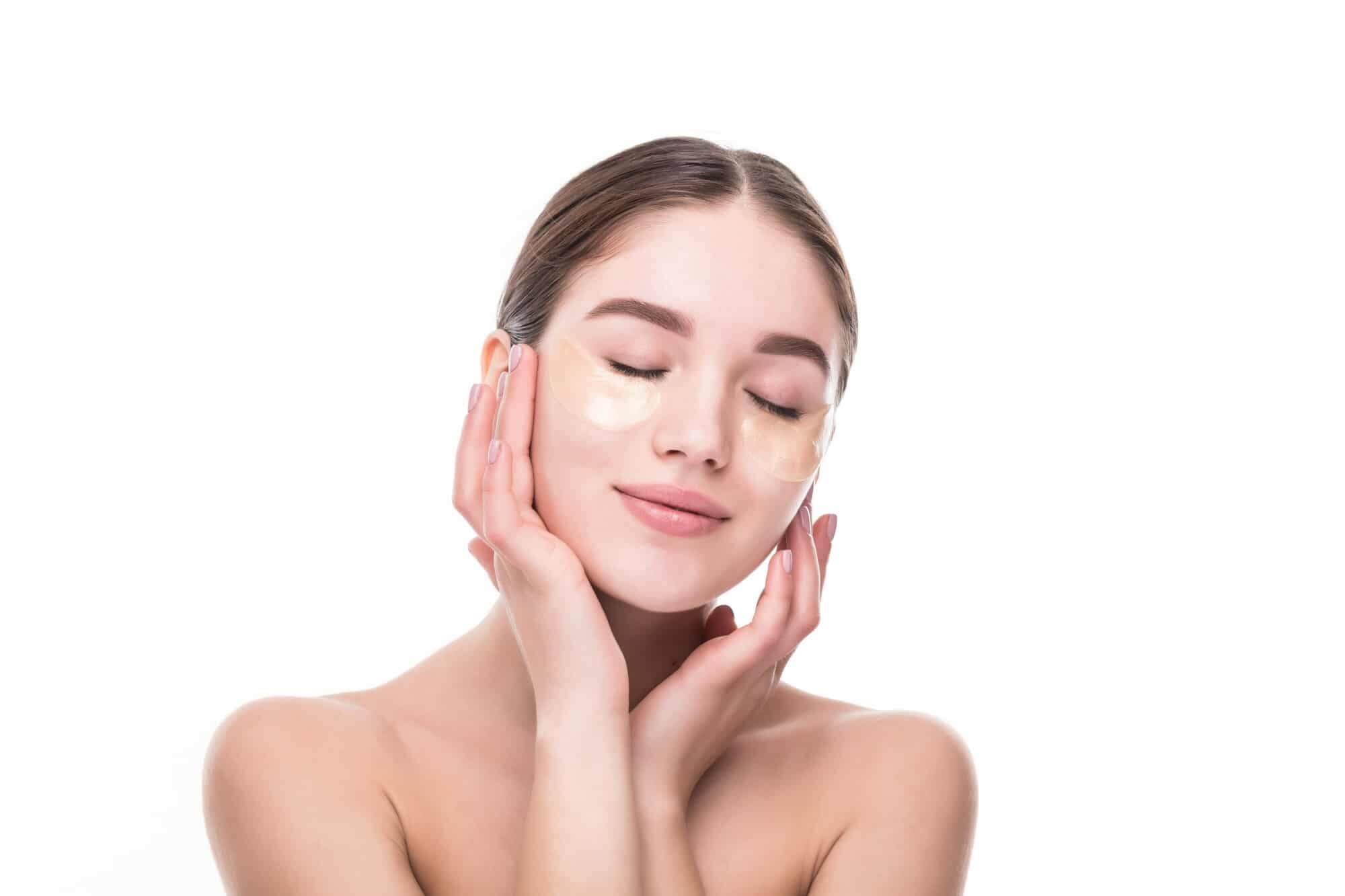